Milwaukee picked up a 5-2 win over Colorado to kick off the Brewers' 10-game road trip on Thursday night.

Milwaukee's bullpen threw 3 2/3 scoreless innings and struck out six. Lorenzo Cain homered on the opening pitch, as the Brewers never trailed in the game.

The Brewers will play the Rockies three more times as part of their 10-game road trip. They'll head to Arizona early next week for their next series.

Hear from Craig Counsell and Hernán Peréz after the game below. Pérez had two RBI and a pair of hits in the victory for the Brewers. 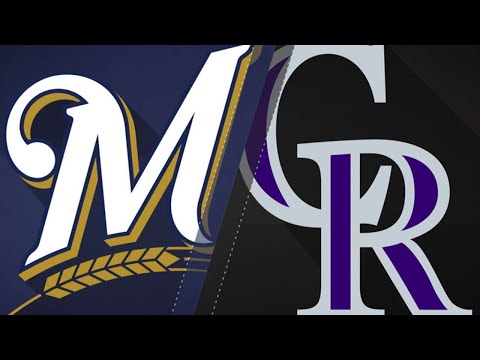