Giannis, who also pulled down 11 rebounds, had the game-high in scoring. Middleton's 20 were tied for second on Team Giannis with Paul George. 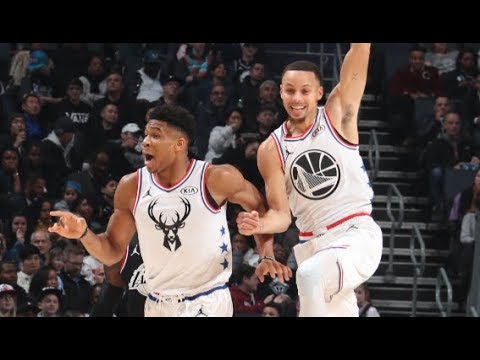 The biggest highlight in the NBA's All Star Game? Giannis Antetokounmpo getting an alley-oop from Steph Curry on a bounce pass, good for two of Antetokounmpo's 38...
posted by Jimmie Kaska - 1 year ago